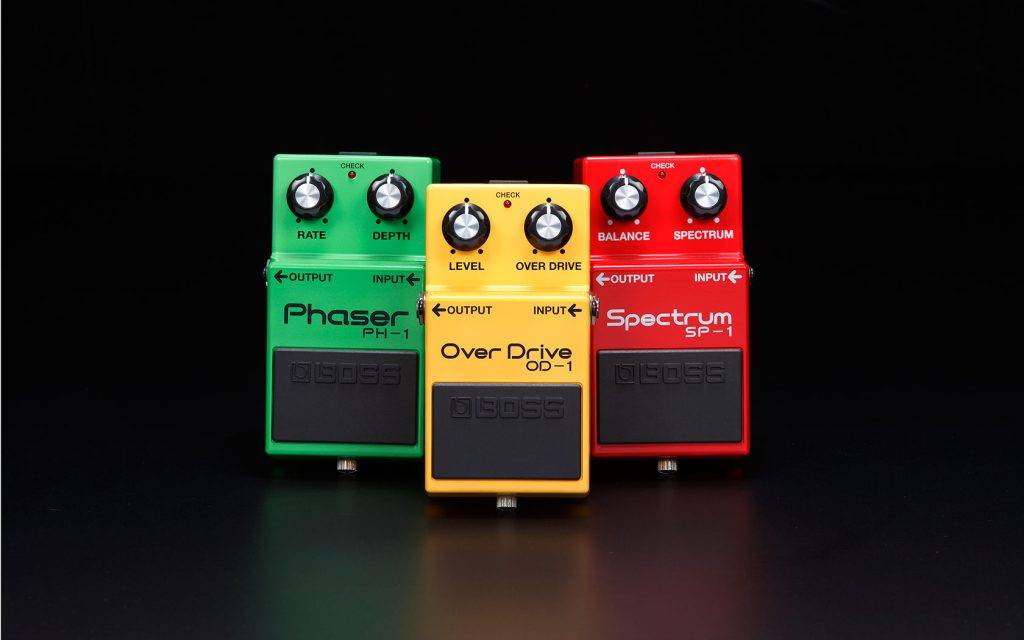 In celebration of four decades of compact pedal innovation and the support of millions of worldwide users, BOSS is pleased to offer the Compact Pedal 40th Anniversary Box Set. This special limited-edition commemorative package features one-time-only reissues of the OD-1 Overdrive, PH-1 Phaser, and SP-1 Spectrum, the original three BOSS compact pedal models. Only 1500 box sets will be produced, and each comes in a deluxe presentation box with the BOSS 40th Anniversary logo and a numbered message card.

Special Reissues of the Compact Models That Started It All

In 1977, BOSS introduced the now-famous compact series with the OD-1 Overdrive, PH-1 Phaser, and SP-1 Spectrum. Often referred to by collectors as the “traffic light series” because of their red, yellow, and green colors, these three pedals launched an effects revolution that continues to this day. With over 15 million units sold and counting, the iconic BOSS compact design remains as vital as ever, and continues to influence music makers all over the world. Now, dedicated BOSS fans everywhere can enjoy the classic sounds that started it all with this one-of-a-kind, hand-wired reissue set, which comes accompanied by a special heartfelt message from BOSS President Yoshihiro Ikegami.

The reissue OD-1, PH-1, and SP-1 pedals are produced exactly as the originals were, with wiring and circuit adjustment performed by hand on a special production line in Japan. All electronic components are carefully selected, ensuring fully accurate reproduction of the original pedals’ sound and response. Each pedal also features useful modern performance improvements that have absolutely no effect on the tone. These include a PSA-compatible power supply section with a protection circuit and noise filter, a reinforced battery snap, and an LED that shows effect on/off status. (On the original pedals, the LED’s main function was to show battery status by lighting only when the switch was pressed.) 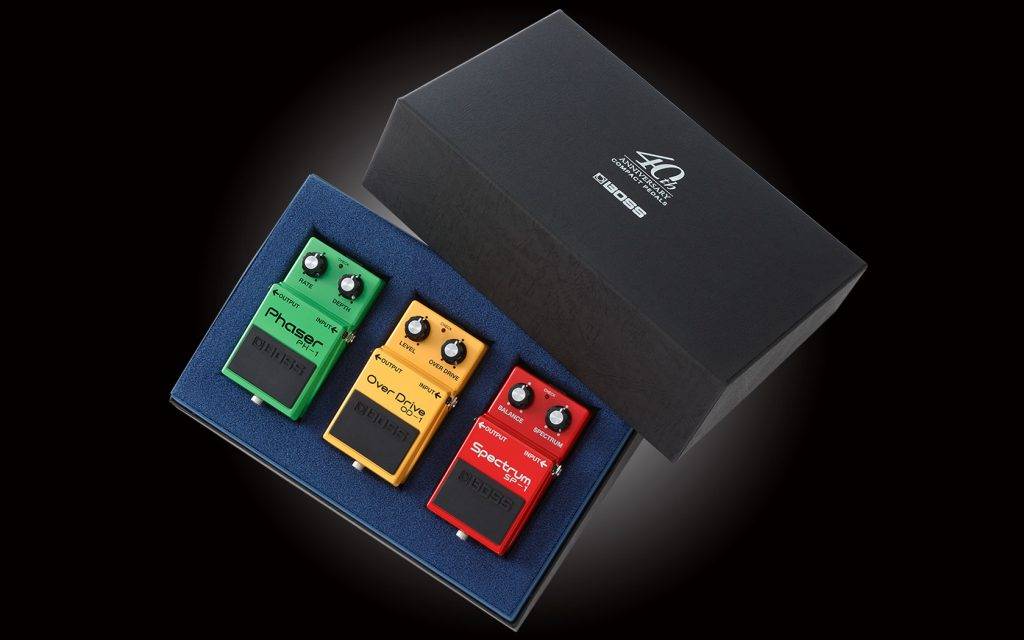 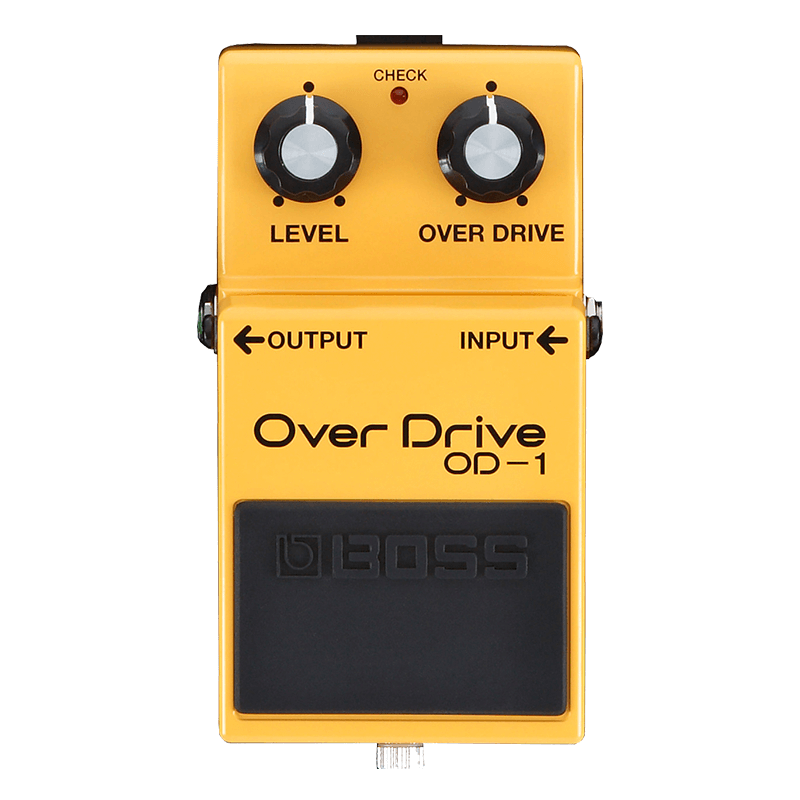 Forty years ago, the OD-1 introduced the now-familiar concept of the overdrive pedal to world. During its development, BOSS engineers were looking for a more natural sound than the typical fuzz units of the day. To this end, they used an asymmetric clipping circuit that produces lots of even-order harmonics. The resulting design produces a warm, pleasing tone that’s similar to the natural breakup of a cranked-up tube amp, but with its own unique character and response. Today, the original OD-1 lives on in a slightly enhanced and more versatile form as the SD-1 Super Overdrive, a pedal that’s been in continuous production since 1981.

With its expressive touch, subtle mid boost, and tight bass response, the OD-1 is well-loved by guitarists as a standalone pedal for all types of music styles, and as a front-end booster for amps and distortion stomps. The OD-1 reissue features a circuit with four op-amps, just like the earliest versions of the pedal. In addition, the diodes have been carefully selected to accurately reproduce the original OD-1 response characteristics. 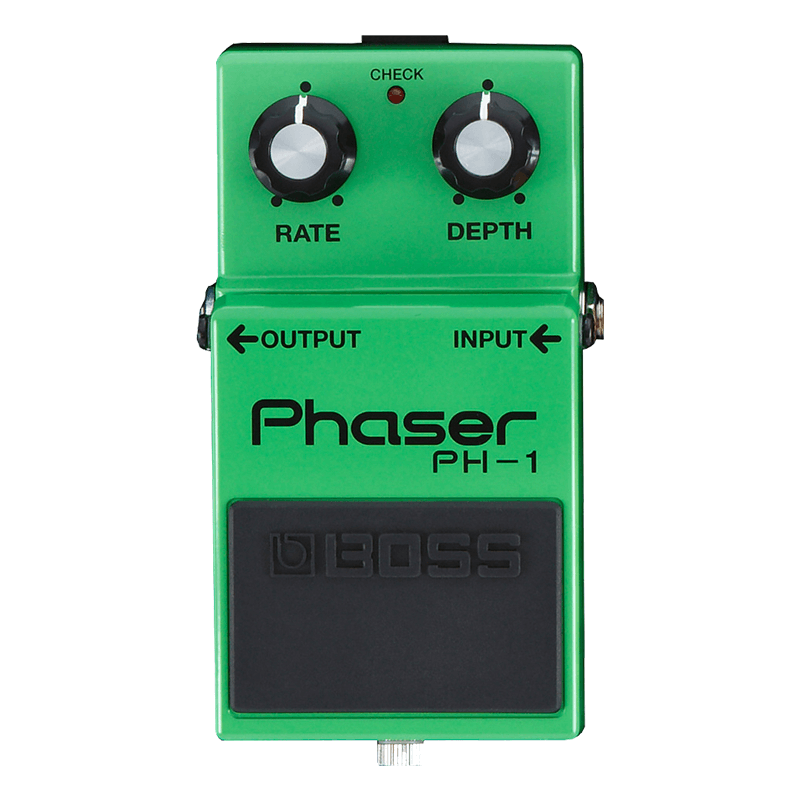 In 1977, phaser pedals had been around for a while, and there were a few popular competing models on the market. For the PH-1, BOSS engineers worked to create an improved design with better clarity and a deeper modulation range. In comparison to other four-stage phasers of the era, the PH-1 has a more natural and mild sound, with a richer low-end response. In addition, there’s a minimal level difference when the effect is turned on, thanks to its integrated output boost circuit.

For the PH-1 reissue, the FETs for the four phase-shifting circuits have been carefully matched to make the response characteristics exactly like the original pedal. Furthermore, each individual preset resistor has been meticulously tuned by hand, replicating the same process that went into building the original PH-1.

SP-1 Spectrum: The Rarest of All BOSS Pedals 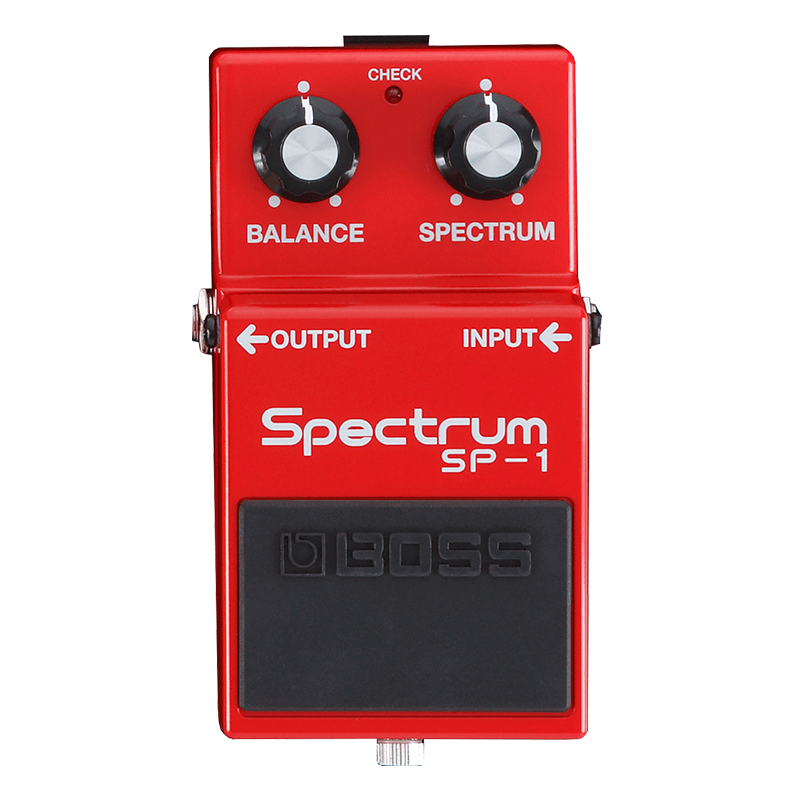 In the long history of BOSS compacts, the SP-1 stands out as one of the most unique pedals. Derived from an effect built into some early Roland guitar and bass amps, the SP-1 is basically a single-band parametric equalizer with a fixed level boost. The Spectrum knob allows you to sweep the center frequency from 500 Hz to 5 kHz, while the Balance knob adjusts the mix of the direct and effect sounds while keeping the overall level consistent.

When used with guitar, the SP-1 produces a sound similar to a wah pedal set at a fixed position, but with a more focused boost at the center frequency. However, the SP-1 was most often used by bassists, who found it to be a great tool for cutting through the mix on stage. In either application, the Balance knob is very useful for filling out the sound with a bit of direct tone as needed.

The SP-1 was produced in limited numbers until 1981. It’s probably the hardest vintage BOSS pedal to find on the used market, and commands the highest prices as a result. For the reissue, each individual preset resistor has been meticulously tuned by hand, ensuring fully accurate reproduction of the original SP-1 sound.