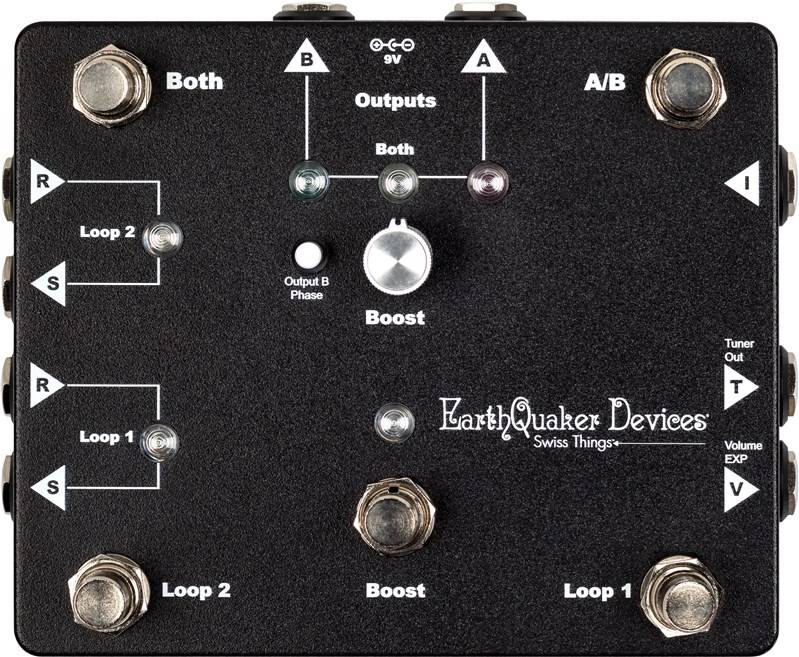 EarthQuaker Devices’ Swiss Things is an all-in-one pedalboard reconciliation solution designed to really tie your rig together, without resorting to some confusing loop-switching contraption bigger than a meatball party sub (that eats up the entire bottom row of your board and kind-of-but-not-quite does what you need it to do).

Swiss Things combines two true-bypass Flexi-Switch enabled effects loops, a Flexi-Switch AB-Y box with transformer isolation between outputs, a buffered tuner output, 20dB of clean boost, an expression pedal output for volume control, and a quiet, high headroom output buffer into a compact pedalboard-friendly signal routing junction box that lives at the top-right corner of your pedalboard and really ties your rig together without any signal loss.

The two effects loops (labelled Loop 1 and Loop 2) come equipped with EarthQuaker Devices’ proprietary Flexi-Switch Technology which allows latching- and/or momentary-style switching to be used with any effects pedal on the market. Loop 1 is unbuffered for use with fuzz, overdrive, distortion, boost, vintage pedals, or anything else with low input impedance and requires direct interaction with your pickups. Loop 2 is buffered and is intended for use with time-based and modulation effects. 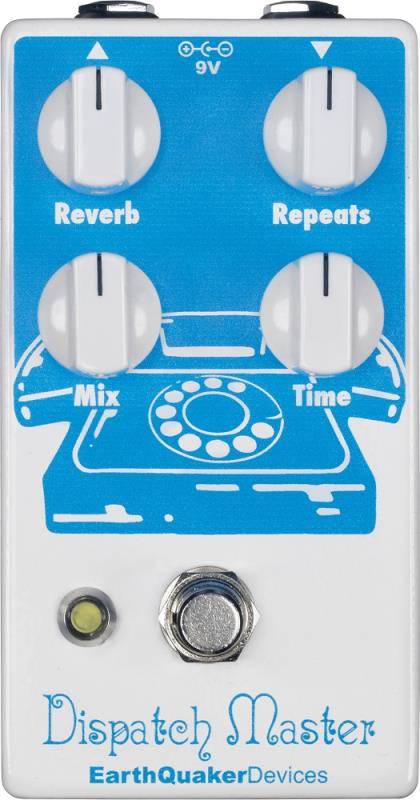 The Dispatch Master’s hi-fi delay and reverb sounds and intuitive control set have made it a staple of pro pedalboards around the globe. It features a dynamic reverb that goes from natural and roomy to cavernous and deep, up to 1.5 seconds of delay time, and a dialled-in delay Repeats control delivering anything between a single echo to infinite repeats without unpleasant digital artefacts or runaway self-oscillation. Its simplicity has made it a popular “always on” effect for players who want to add a touch of ambience and slapback to their clean tone, and its lush ambient sounds make it a perfect fit for modern and experimental players.