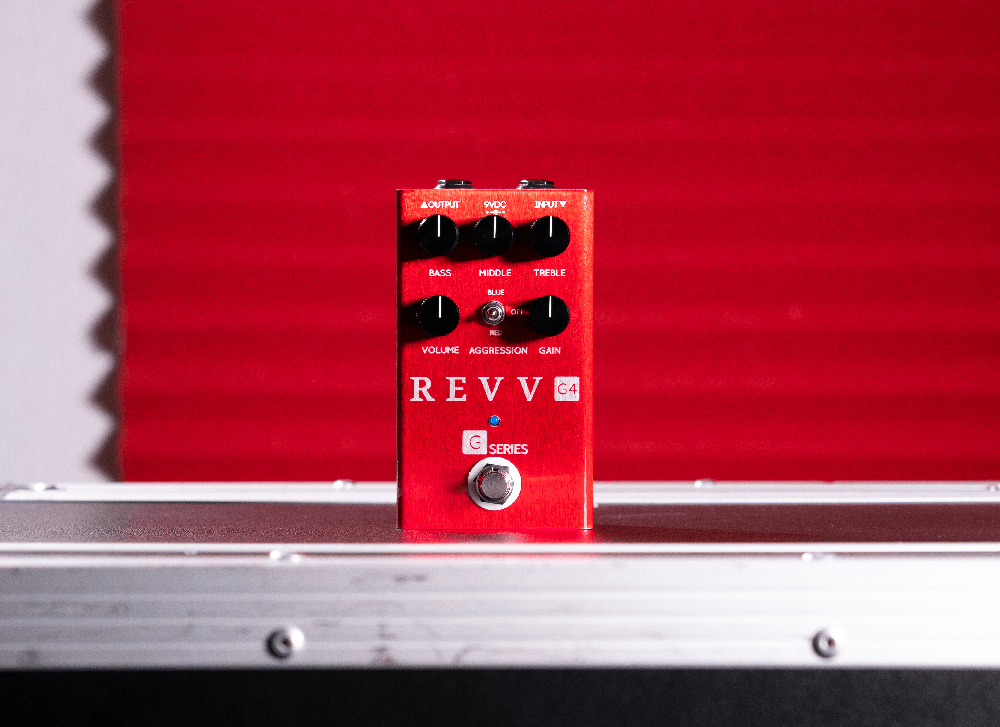 Based on the Purple channel from Revv’s Generator 120 head, the G3 pedal has quickly gained almost a cult following for its surgical, mid-forward and high-gain voicing. Applying feedback that was received from the G3, Revv have developed the polar opposite for the latest addition to the Revv pedal range.

The G4 is a great place to start for thick saturated amp-like tones & a complement to the G3 or any existing rig.

Generator’s Red Channel 4 is a thick gain monster that still has the nuance to cover old school tones. The G4 is an amp-voiced pedal based on this tone used by premier touring & recording guitarists worldwide.