PRS Guitars unveils a brand new line up for 2018!

The PRS 2018 range is here! A sleek new collection with a focus on making sure they have something to cater to all players. However, if you do want a more traditional style guitar yet packed with the latest PRS technology and features, there are still more options for you. The PRS 2018 collection will consist of the long-awaited Left Hand SE Custom 24’s in the same finishes as its Right Handed counterpart, a new model Chris Robertson Black Stone Cherry Signature, an SE Multi Foil 24 (our personal favourite) as well as the new SE 277 Baritone and the SE Custom 24 Fire Red Burst too mention a few.

The new PRS 2018 models will give players a huge choice, with each individual guitar giving players something different. Whether you are a beginner or a pro, the new 2018 series will perform consistently and will last for years to come.

Let’s jump in and check out the highlights of the 2018 PRS Guitars! 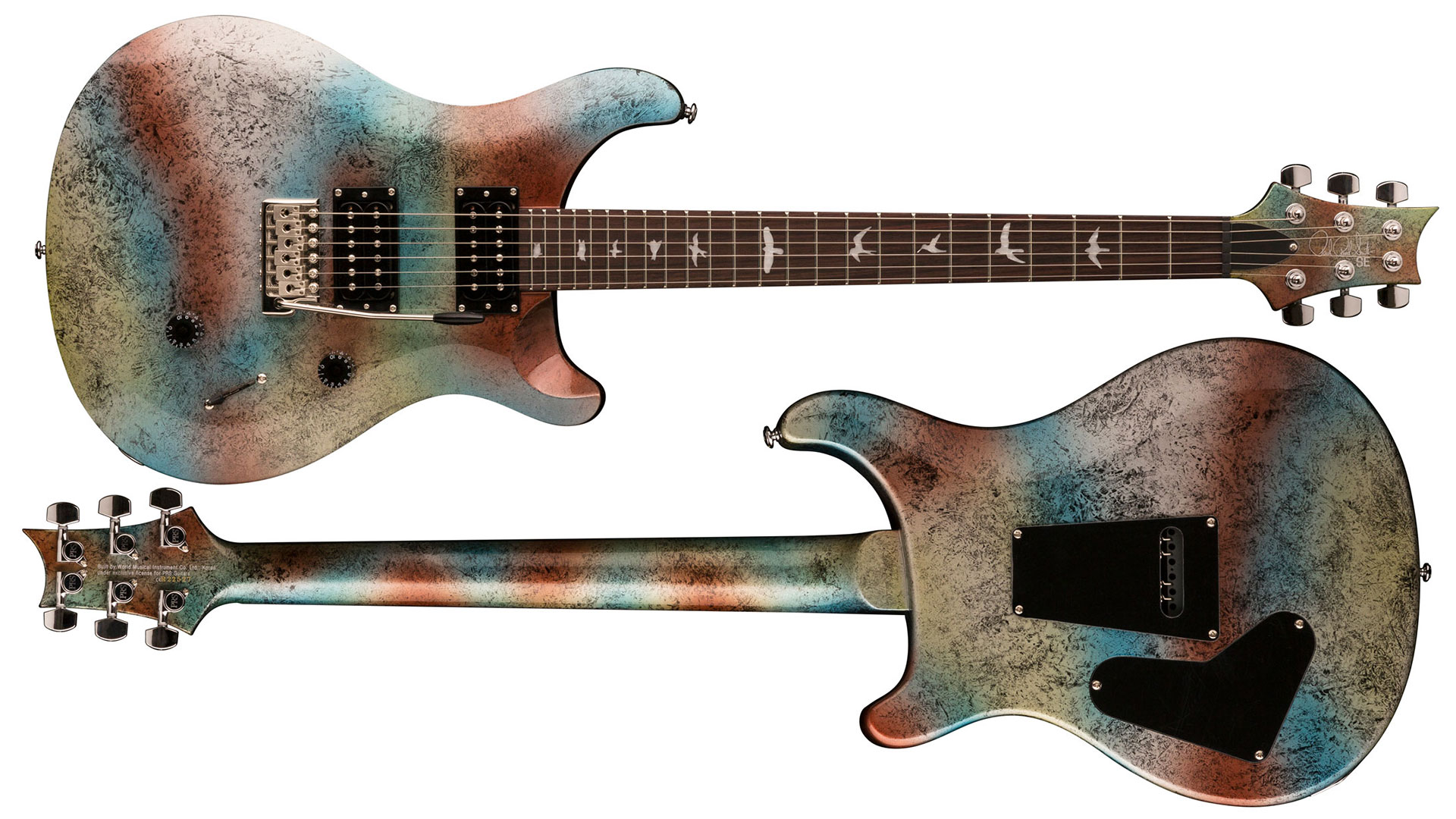 The Multi-foil is back! Originally released as a limited run of 48 guitars in 1987/88, the Multi-foil Custom 24 has become one of the most sought-after PRS guitars amongst collectors. Now this classic guitar finish is available as part of the esteemed PRS SE range of guitars, combining incredible build quality and tone at an affordable price tag! 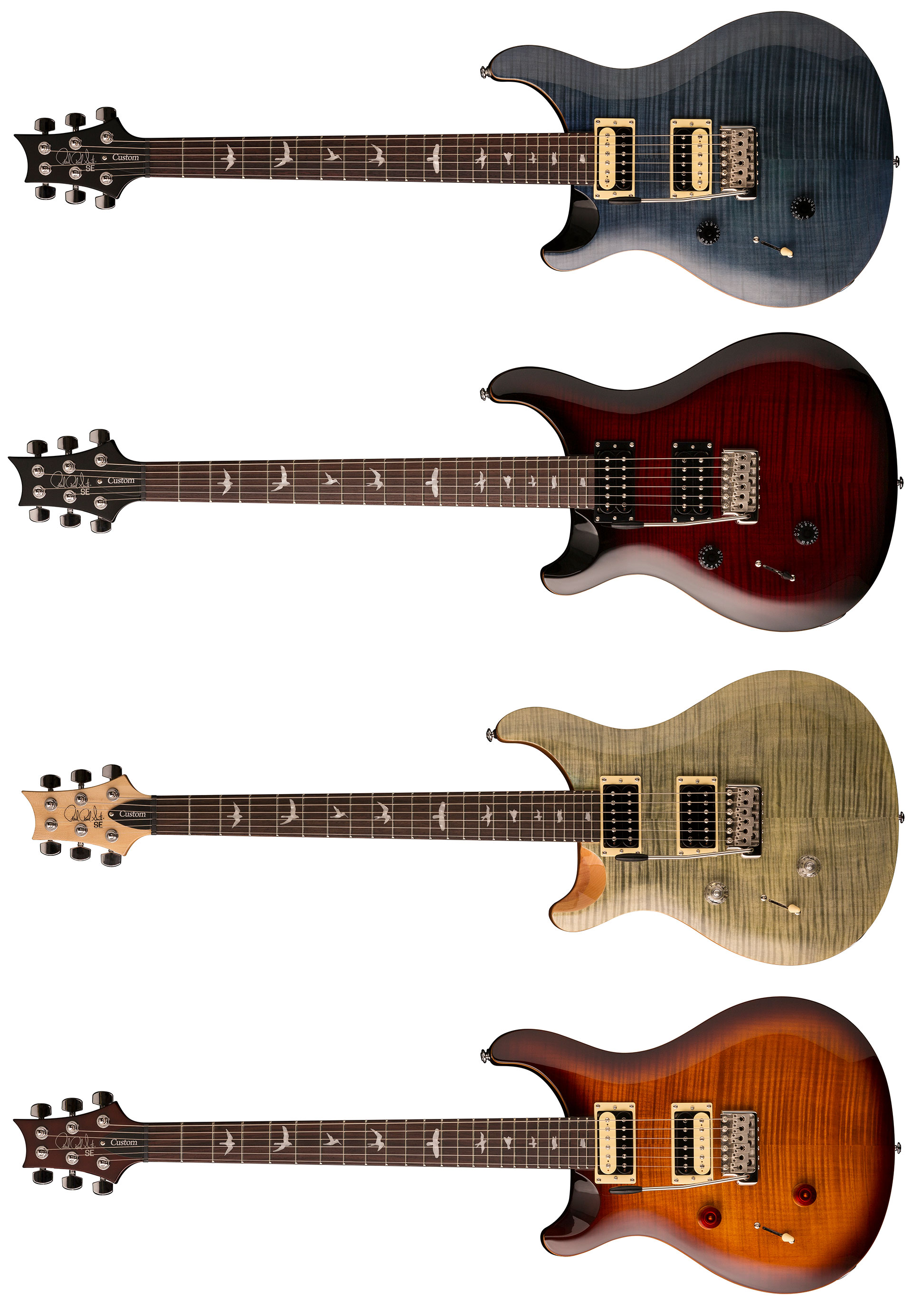 Since its introduction in the mid-’80s, the PRS Custom 24 has been the go-to guitar for touring artists and gigging musicians the world over! The PRS SE Custom 24 brings this original design platform to the more affordable, high-quality SE lineup of electric guitars. Featuring 24 frets, 25″ scale length and set-neck construction and a PRS patented tremolo, this is a high spec guitar which has all the hallmarks of a PRS guitar.

The body is made from flame Maple veneer capped Mahogany, while the neck is made of Maple with a Rosewood fretboard. The neck carve is a comfortable and fast wide thin profile and is extremely easy to play. Pickups come in the form of PRS 85/15 ‘S’ humbuckers which are renowned for their clarity and depth. The SE Custom 24 is an extremely versatile instrument which suits all genres. Includes PRS padded gigbag.

The PRS SE SVN, 7-String, Grey Black is the latest extended range offering from PRS guitars. Aesthetically similar to the model which started it all, the Custom 24, the SE SVN has a scale length of 26.5″, perfect for low-end chug and tight metal riff work.

The body is made from flame Maple veneer capped Mahogany, while the neck is made of Maple with a Rosewood fretboard. The neck carve is a comfortable and fast, wide thin 7-String profile and is extremely easy to play. Pickups come in the form of PRS HFS & Vintage Bass humbuckers. Includes PRS padded gigbag.

Featuring a longer 27.7″ scale length, the PRS SE 277 Baritone is built to play a range of styles, from aggressive, heavy rock, to blues and funk. A solid low end is what makes this guitar stand out, yet there is still remarkable clarity in the extended high end! This is thanks largely to the 2 x PRS 85/15 ‘S’ humbuckers and PRS string-thru bridge design. The PRS SE 277 Baritone ships as standard in B to B tuning, perfect for picking bass lines under melodies or thrashing out on down-tuned riffs! Includes PRS padded gigbag.

Check out all the BRAND NEW PRS 2018 Series here!